What Types of Trash Cans Are There?

Trash cans without lids are very common and are often used in offices. It is very convenient to throw away office paper and other dry garbage. The advantage is that the opening is large, which is convenient for throwing larger things, and it saves time such as opening the lid.

It is said that garbage sorting is something that benefits the country and the people, and it has been promoted recently. Thailand has already sorted garbage, and we should catch up. After garbage classification is implemented, trash cans with compartments are very necessary, or you have to prepare several barrels in the kitchen at home. If the kitchen is not big, it is necessary to use trash cans with compartments. There are two types of trash cans in the compartment, the upper and lower compartments and the left and right compartments. The main difference is the size of the floor space. Generally, the trash cans on the upper and lower floors occupy a small area and are suitable for small kitchens or placed in the cracks.

Wall-mounted trash cans are generally installed on the kitchen cabinets. The advantage is that it is convenient to clean up kitchen waste when cooking, and it can be swept directly from the table to the trash can. It can also be hung in the cabinet without taking up space at all.

Most people don't pay much attention to the selection of trash cans, and think that it is enough to just buy one from the supermarket and vegetable market that can hold trash. In fact, trash cans, an item that is used every day, can add a lot of happiness to life if you choose it properly. In different places in the home, the functions and styles of the required trash cans will also be different.

Related News
Maintenance of plastic garbage cans and machinery and equipment What is the Principle of the Intelligent Induction Trash Can? Quality Identification Methods of Metal Trash Cans
Products 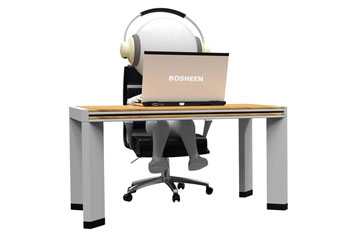